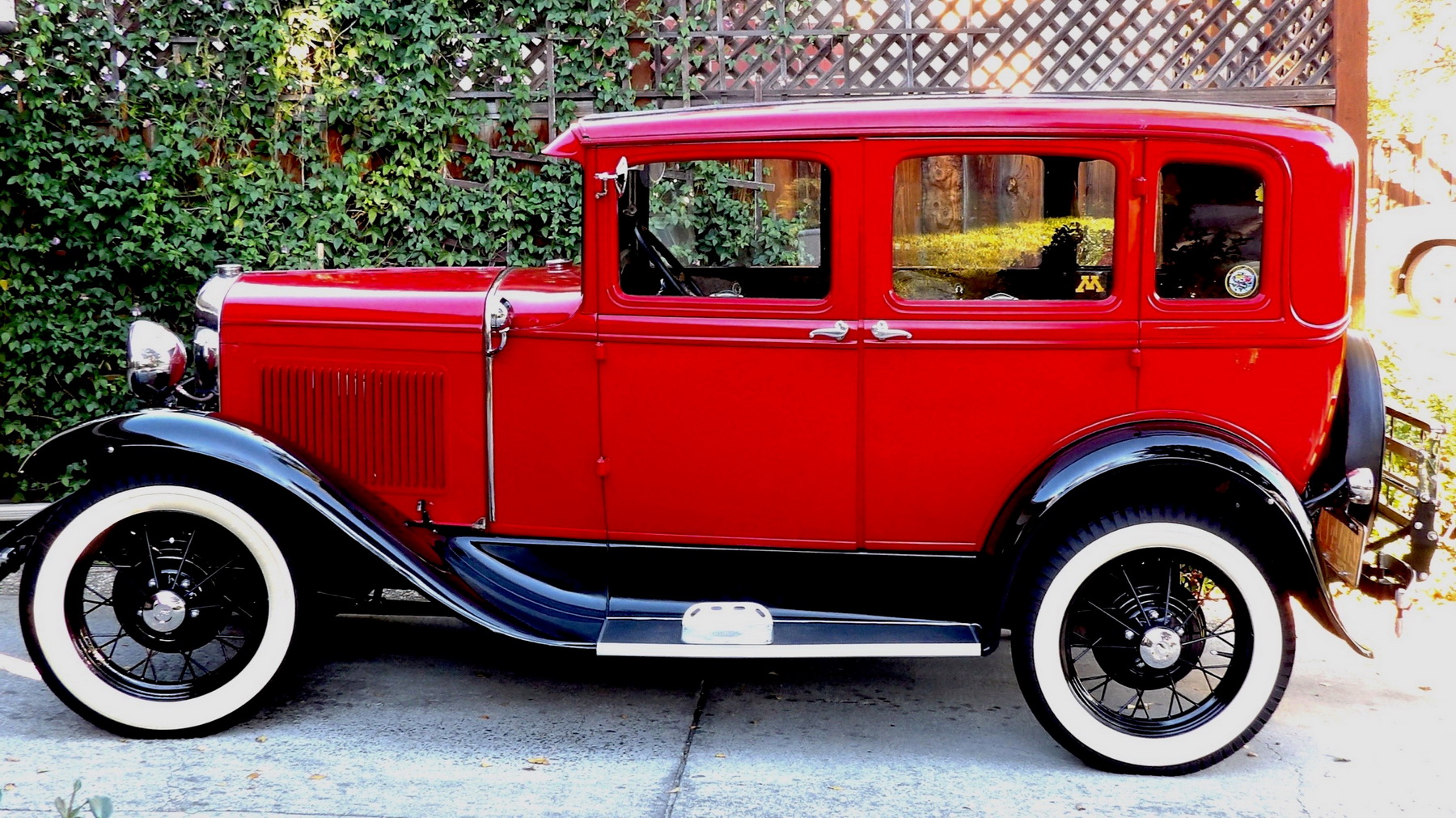 I purchased this car in 1960 in Minnesota for $10, after it had been retired from service as a mail delivery vehicle on rural routes, having traveled some 150K miles. It has since spent years as a farm vehicle, daily driver ( high school, college) and many more years in a corner of the garage waiting for reassembly and restoration. It was partially restored, reassembled, and back on the road in 2010. We have been MARC members since 1975, when the car was moved to the Bay Area.

The car was painted red in 1960, and that paint is holding up after more than 50 years. A new paint job is in the plans for the future. The engine was rebuilt by my father and myself in 1965.

Beginning in late 2009, the fenders were reworked, painted, and reinstalled along with the correct wheels which were powder coated and had new tires installed. The front end was completely restored and front and rear brakes were rebuilt while another hobbyist was reworking and painting the fenders and running boards for us.

The 82 year old interior is well worn but continues to be used with no near term plans to replace it. The door panels were repaired and refurbished when all of the glass was replaced in 2011.